Finally! The Japanese style of public service has arrived in the Philippines during typhoons and natural disasters, at least in Marikina City for now.

In case you missed it, photos showing how the evacuation centers in Marikina look like has been keeping netizens buzzing online and drawing words of praises on social media.

The Facebook page “Miriam Santiago lines” uploaded the photos today, August 12, 2018 at around 1AM to share the unbelievable sight of neatly-arranged modular tents serving as temporary shelters of the local residents of Marikina while the city has been inundated with flood waters.

Let us read the comments below and see how netizens react to the welcome development in Marikina City.

Netizens hoped other cities would soon take the lead from Marikina.

Ronald Roa Mendoza Just like in japan. Nice one

One netizen credited Pres. Duterte for the tents and she was quickly rebuffed by netizens who called Marikina their homes.

Mary Ann Vargas I’m a pro duterte but this is not done by them. This is initiated by the City Government of Marikina under Mayor Marcy Teodoro #Marikeño

This photo of a Japanese evacuation center has gone viral in the past and obviously has set the bar higher on how politicians in the Philippines should serve their people in times of natual calamities. 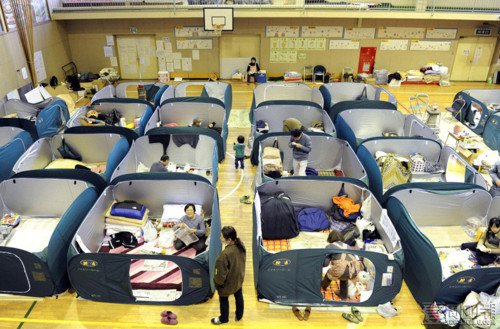