Rabid supporters of the losing OtsoDiretso senatorial bets have cried cheating on social media in favor of the Hugpong Pagbabago admin candidates.

In fact, some UP students have taken their protest to the streets versus perceived cheating as shown in the photo below, courtesy of Rappler. 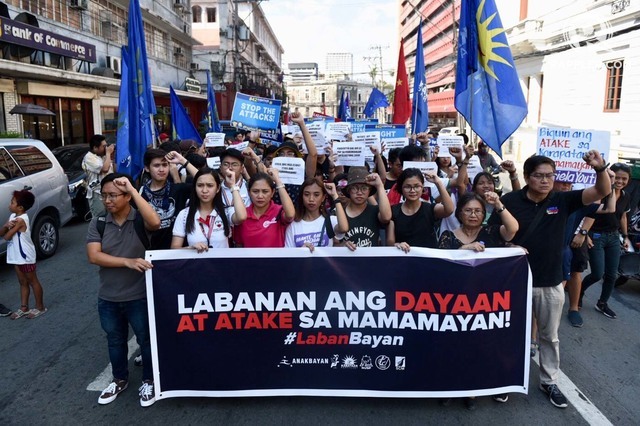 In a Facebook post, Chu dared the opposition to call for re-election of senatorial and the vice-presidency positions to once and for all, settle whatever doubts they have on the outcome of the election.

Chu remarked that their complaint about election cheating would have been believable if they did not turn deaf, blind and mute to “wet ballots” circa 2016.

Chu commented that the opposition supporters did not even bother to make a noise to look for Andy Bautista. They even insulted Andy Bautista’s wife. They didn’t even ask why he had millions in a rural bank.

Chu said that Leni cheated of course with the help of the previous administration but because the alternative happened to have a Marcos for a surname, they looked the other way.

In other words, people now crying of cheating are hypocrites.

Chu asserted that no recount will happen unless they agreed to have a snap election for the vice president.

Krizette Chu’s FB post has gathered more than 4,000 reactions and 400+ shares as of this writing.

You may read Krizette Laureta Chu’s full FB post below.

Ni hindi kayo nag iingay para hanapin si Andy Bautista. You even insulted his wife Tisha. You didn’t even ask why he had hundreds of millions in a rural bank.

Leni cheated. The administration handling the elections cheated. We all know it. But because a Marcos was the alternative you all looked the other way.